Dear Kickstarter backers, in case you wondered, we are not dead (and I haven't taken all the Kickstarter money, fled to Mexico and renamed myself in Juan Gajšak yet), we are just very very buys and very bad in updating the community as often as we should (working on it....).

OK here's the long story:
...HELL YEAH, we were successfully funded thanks to your awesome support! This is just the beginning of a great journey and my life and the life of my co-workers has turned upside down. In other words, I've registered a company and started working on the project even more intensively.
The company is called CircuitMess and the idea is to unite all of our future projects under one name (and I had to register a company so that I don't end up in jail for selling over 1700 MAKERbuino units illegally). 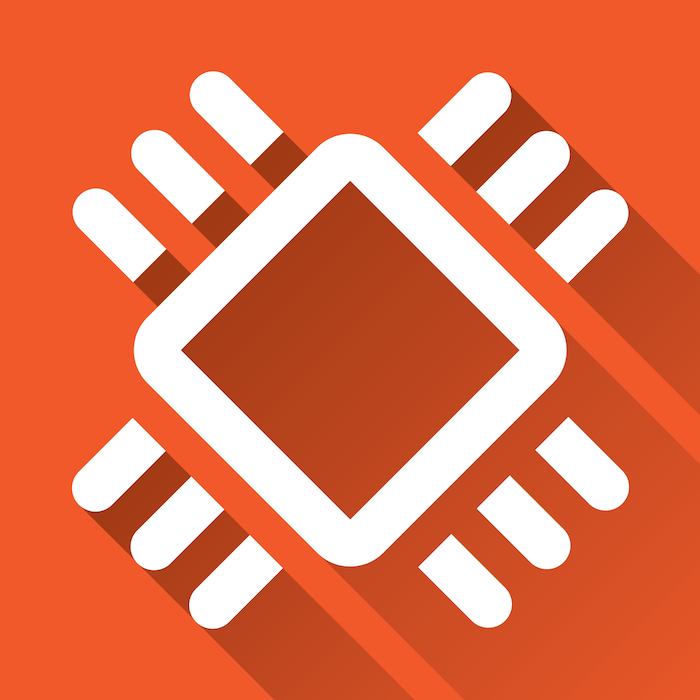 CircuitMess ltd.... how do you like our new logo?
CircuitMess's official designer Matija Fućek (my teenage friend who was designing the graphics used in our Kickstarter listing and basically everything related to our project) also designed a new fancy box for our Kickstarter backers. 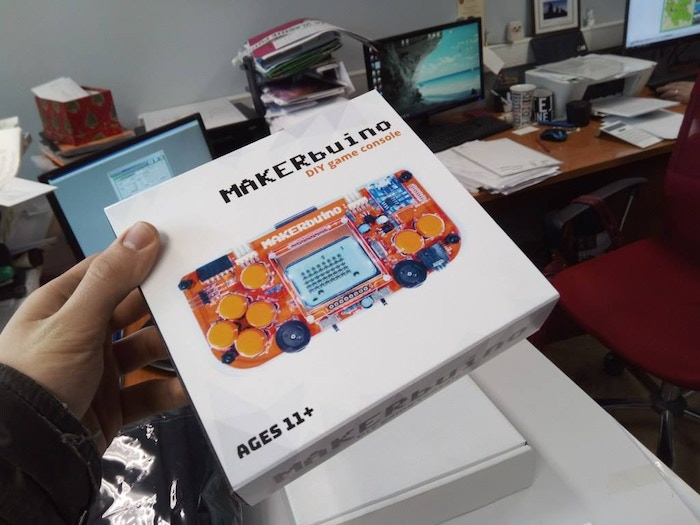 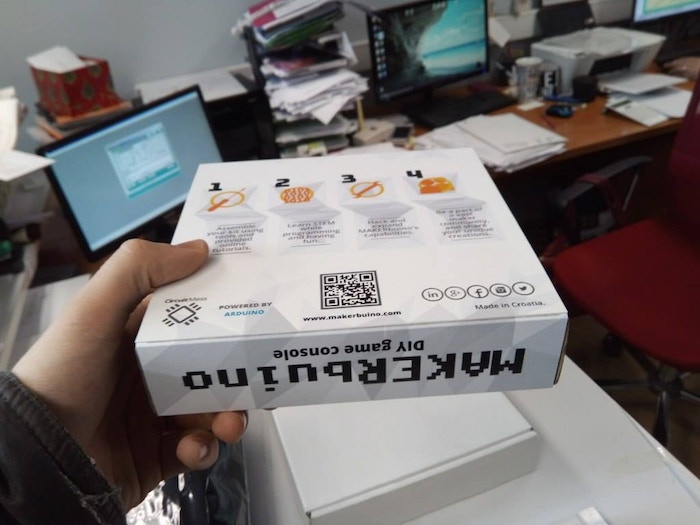 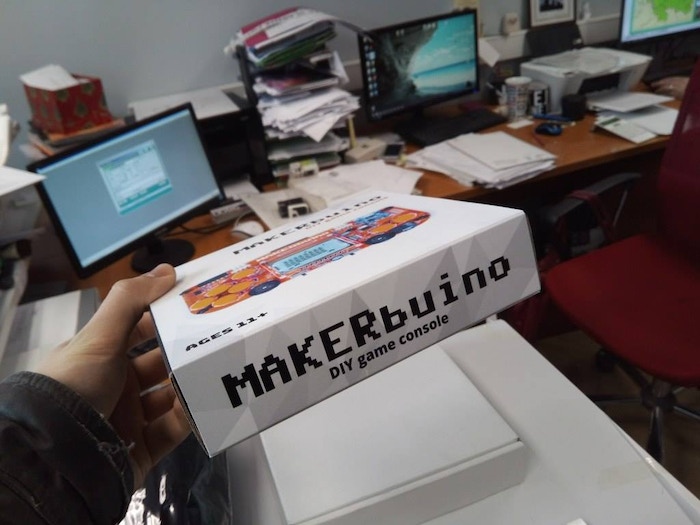 The early bird kits were shipped with a 15 day delay and we didn't manage to update all of you folks with tracking numbers (sorry for that, working on it right now). Despite that, it seems that some of our backers already received their MAKERbuino kits. 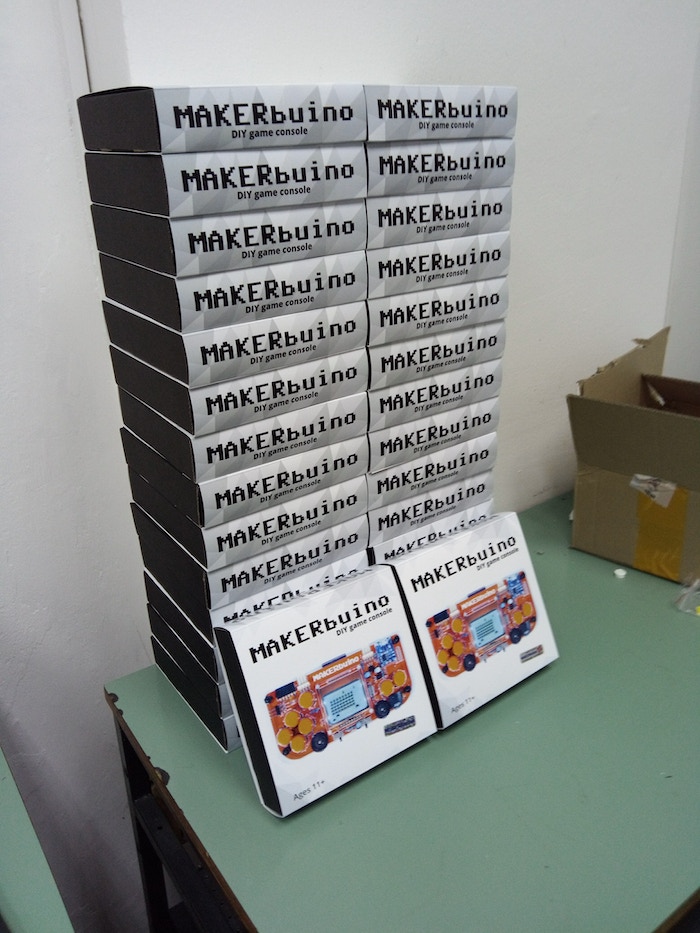 Don't panic, there will be a delay but we're doing our best to produce the sufficient amount of kits in the shortest possible time
﻿ 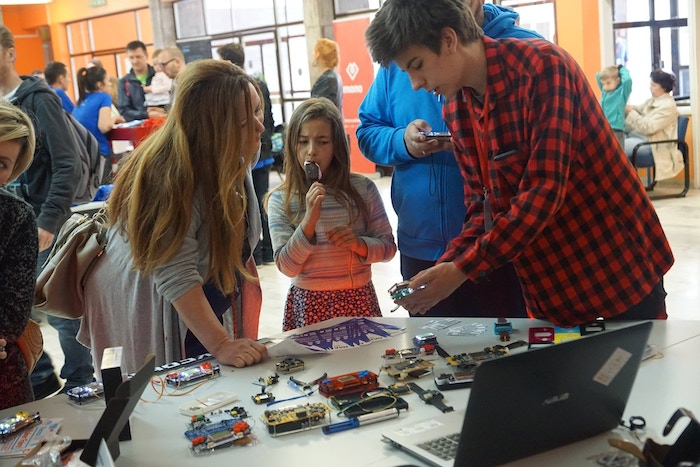 ...And the Brave new world hardware and startup meetup and conference at HUB385 in the capital of Croatia - Zagreb. 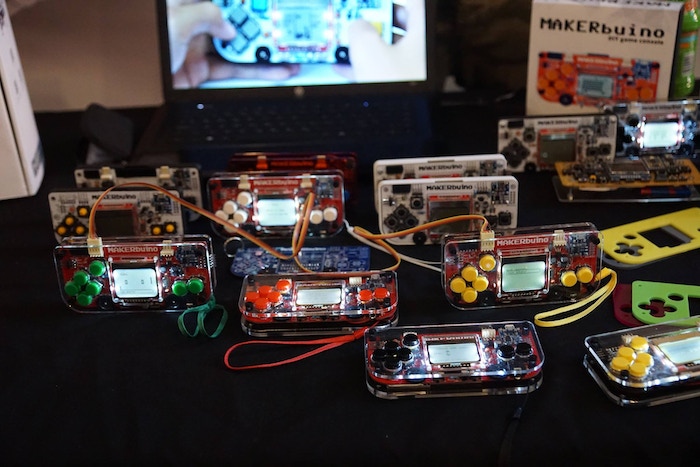 ...and a PODIM startup conference in Maribor where I had the chance to meet Heather Corcoran from Kickstarter 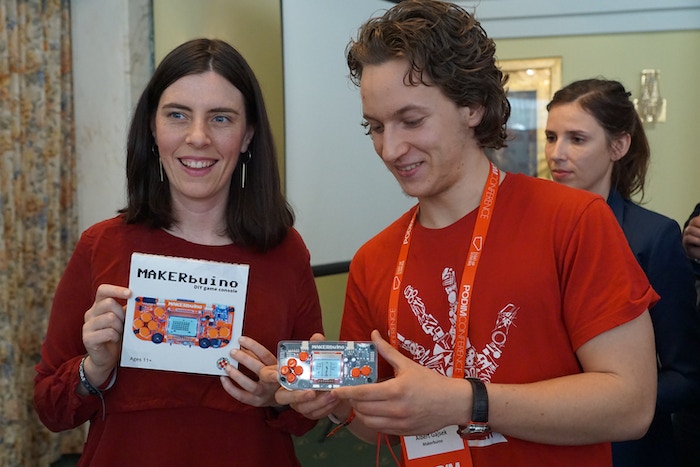 Bribing Heather Corcoran from Kickstarter (a.k.a. improving your SEO)
﻿


...and a Maker Faire in Ljubljana (the capital of Slovenia) where I had the chance to meet lots of our Kickstarter backers and Miro Cerar - the prime minister of Slovenia 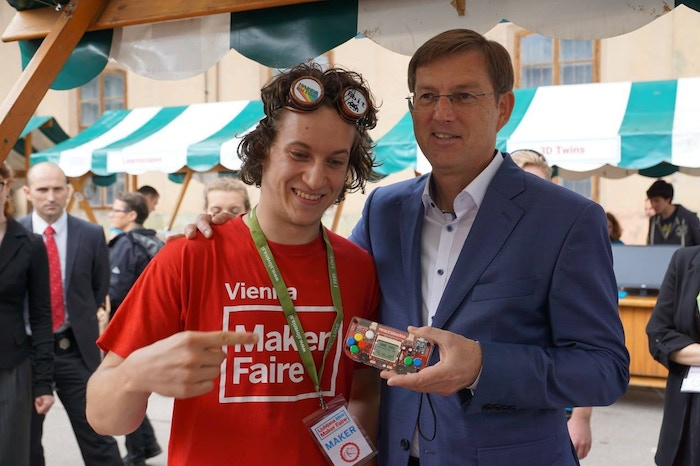 The prime minister of Slovenia just loves the MAKERbuino

﻿...and a gaming and cosplay conference for geeks called SFerakon organized annually by the students from the Faculty of engineering of the university in Zagreb, Croatia 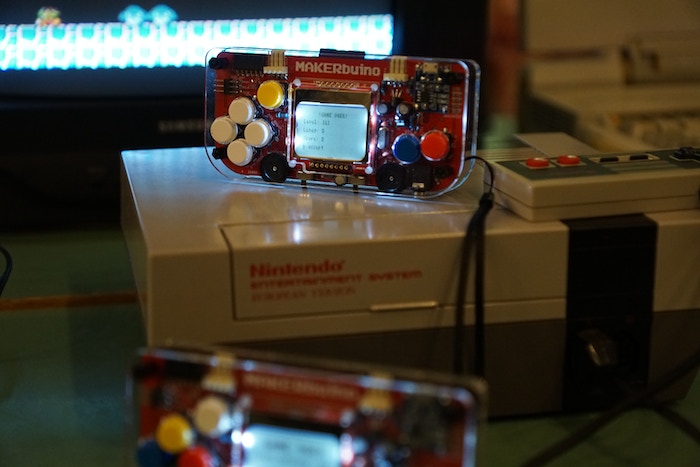 We were also exhibiting at a Maker Faire in Vienna last weekend where we personally met lots of our Kickstarter backers. 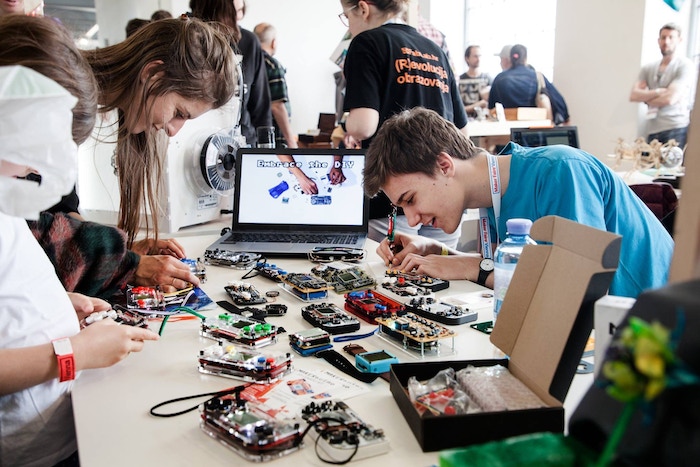 ﻿And yeah, I've finished my high school too. That means that I finally have enough time to work on MAKERbuino for 8 hours every day AND sleep for 8 hours daily AND still have some spare time for... well... working on the MAKERbuino.

SUPER CONFIDENTIAL INFO:
A new set of tutorials and a new build guide with video instructions will be released soon. We are also setting up a forum where MAKERbuino users will be able to share their creations and discuss everything MAKERbuino related (www.community.makerbuino.com)

Bottom line, the success of this Kickstarter campaign was a bit overwhelming and we are still trying to deal with the demand this big. As you can see, we're barely coping with the amount of work but we're doing our best to change that... and that means constantly finding and hiring new super-talented people to make things right.

Thank you again for your support and understanding. We hope that you'll tolerate the half a month delay. If anybody wants a refund because of the delay, contact me via private messaging and I'll refund you.