I wanted to highlight two major changes that we've made to Spencer compared to the initial prototype showcased in the campaign: 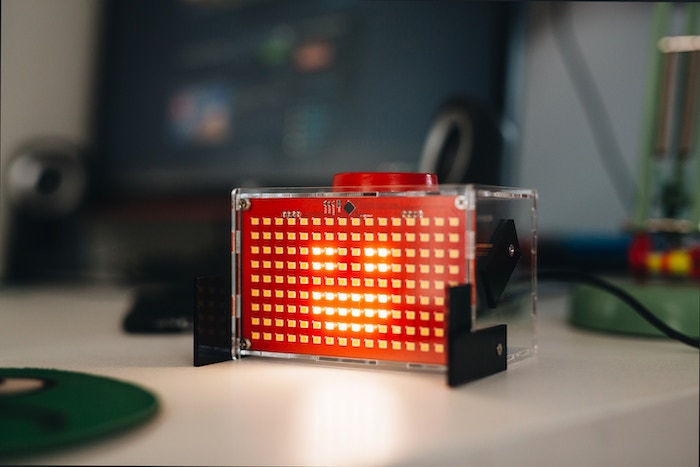 The original LED panel had a grid of 8*16 RBG LEDs.

We've changed the type of LEDs used and increased the resolution.

The final grid is 9*16 LEDs - this came as a nice improvement to Spencer's front panel resolution but doesn't make a huge change to the overall user experience and esthetic of the device.

The increased resolution was dictated by the new LED driver chip that we've switched to and the way it operates. The chip uses a type of multiplexing protocol called Charlieplexing that needs this certain number of LEDs to work.

The initial Kickstarter prototype had a grid of RGB LEDs on the front and we've switched to a grid of white Non-RGB LEDs.

We've decided to remove the color from the grid because of the following reasons:

A) we never found a way to utilize the color on the front panel the proper way and most test users didn't even remember that Spencer had color after we've interviewed them.

B) the white LEDs that we've switched to are easier to control, more stable, have a higher refresh rate, and overall look better because they're diffused and emit soft warm light.

C) this drove the production complexity and cost down 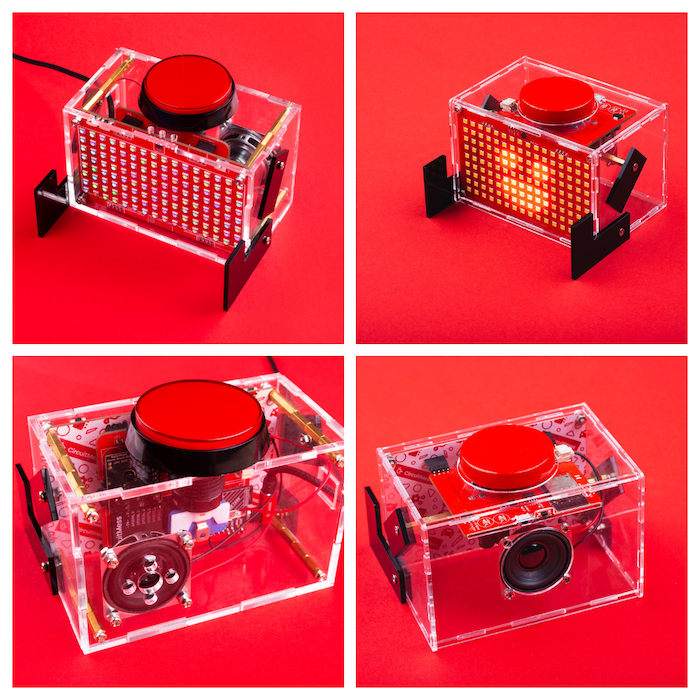 2) storage - we've switched from an SD card to an onboard 16MB flash chip.

Spencer is the first product we've designed that has to stay up and running for a really long amount of time (days, weeks, months, you get the point).

Technology of all sorts tends to stop working after a certain amount of time and we had to experiment and make changes to the hardware design in order to achieve uninterrupted runtimes.

One of the components that were giving us headaches was the SD cards - the cards were getting corrupted from time to time for various and/or unknown reasons.

We've decided to switch to an integrated flash chip instead because it was much more stable, faster, and overall better for storing Spencer's files for an extended period of time. 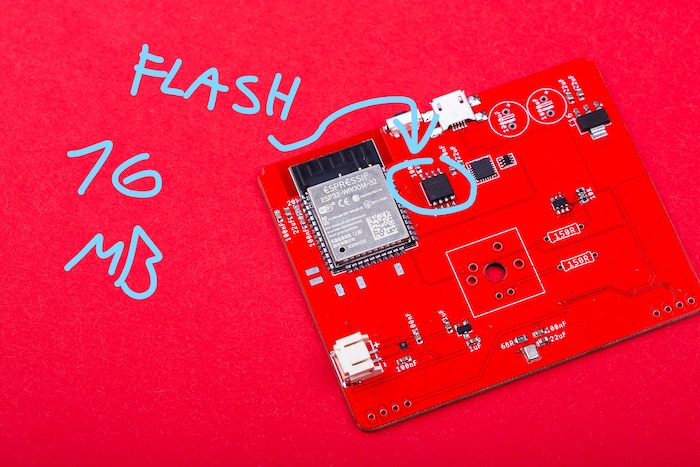 If you'd like to know something more about Spencer's design, tell me in the comments below.

- Albert and the team