This is why you should get your STEM Box through Kickstarter

Hi folks, I wanted to take an extra minute to explain why you’d want to back this Kickstater instead of just getting yourself a STEM Box after the campaign ends.

Basically, these are the main reasons:

You will be able to subscribe to STEM Box on the CircuitMess website after the campaign ends, but it will cost more.

Via Kickstarter, you will get your STEM Box for $79 or even lower (if you get multiple boxes).

The reason for this is that we want to give our backers here (you guys!) the exclusive possibility to get the best deal possible on all the cool gadgets we made.

2) You will get it first in the world… ever!

You will get a project that was developed especially for the STEM Box and never released before on the market.
The project you’ll get was funded, developed and produced thanks to your help and support.

You’ll follow our progress and be a part of this story all along the way.

I listen to your comments and read all of your messages and I’m trying to deliver the best product possible according to your feedback and wishes.

Why should I buy more than one box on Kickstarter?

I’ve been getting this question a lot.

Basically - you want to do so in order to save even more money per box.

Some people didn’t feel that I’ve described this well enough so let me explain a bit more.


I also wanted to say thanks!

I am tired of everyone feeling useless and helpless in 2020. Covid is doing some nasty things, but we need to keep on fighting and keep on living.

My friends were telling me that launching anything in 2020 was stupid, but I'm so glad I've launched this project now  - we've received support from over 500 backers all around the world and I hope this campaign will at least show someone that they should keep on working and keep on fighting.

All of this was made possible thanks to all the awesome backers (you!) and I just wanted to tell you how much your awesome support means to me and everybody else at CircuitMess! 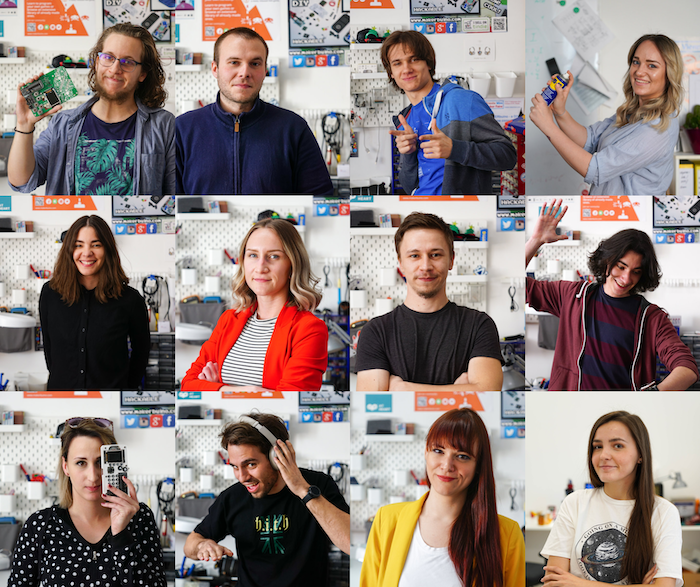 A big THANK YOU from the CircuitMess team!

Also, our designer Anton is working on the packaging for all the cool STEM Box projects. What do you think about it?

New boxes, what do you think?

Thanks and keep making!

- Albert and the rest of the gang