2017 was an incredible year for all of us at MAKERbuino.

For years to come, we'll remember 2017 with nostalgia and here are some of the highlights of the year worth looking at again.

Back in 2016, MAKERbuino had an opaque casing and square button caps. 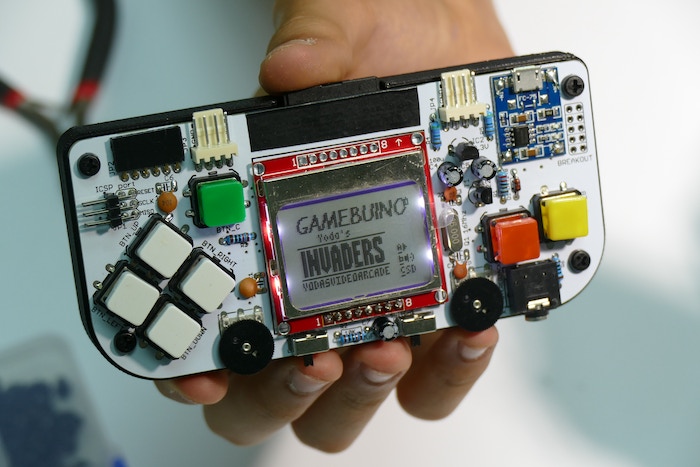 All of this changed in January this year when we figured out that the device looks prettier with a crystal-clear acrylic casing. 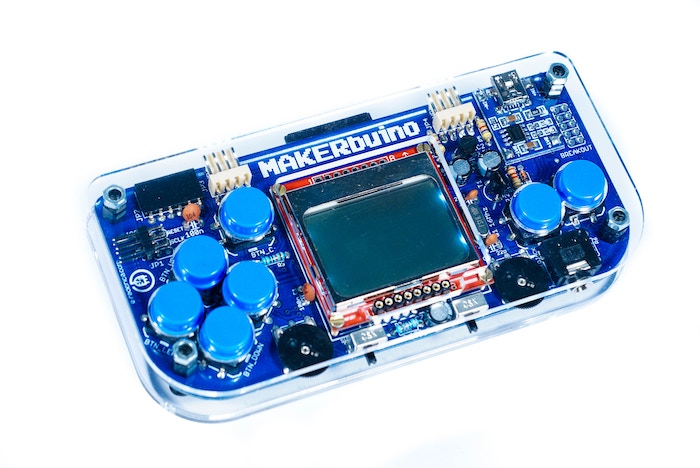 At the beginning of 2017, we've organized our first MAKERbuino workshop, which gave us some priceless end-user feedback. 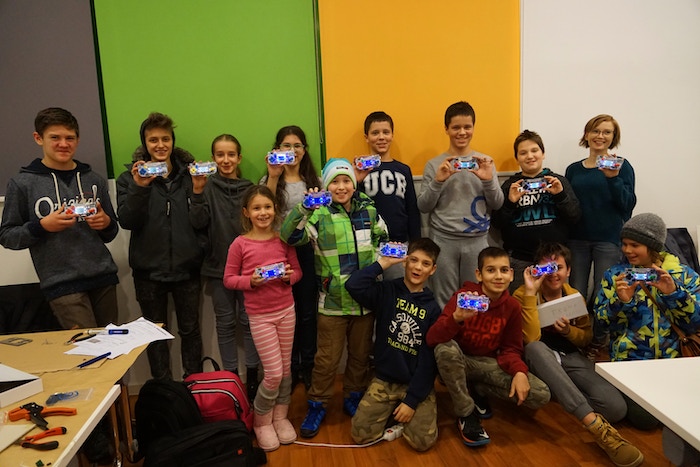 Our Kickstarter video (which was played for over 8M times just during the campaign) was made in February. 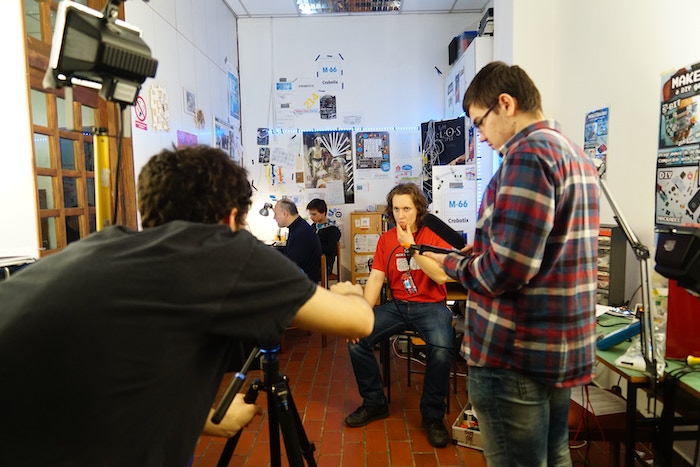 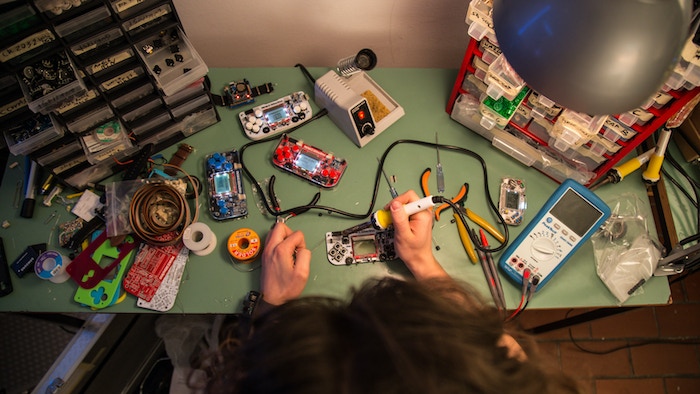 The campaign was launched with a USD10k goal and was 100% funded in just three days.

By the end of the campaign, 1.5k awesome backers helped us raise over USD100k and make our wildest dreams come true! 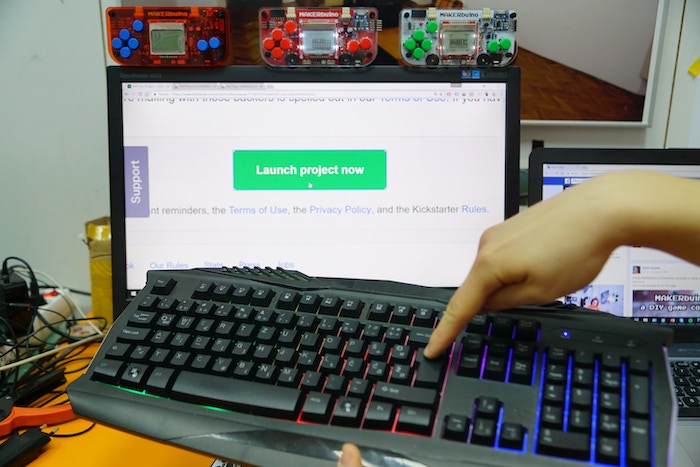 During the Kickstarter campaign, we were featured by big media sites such as Mashable and UNILAD gaming. 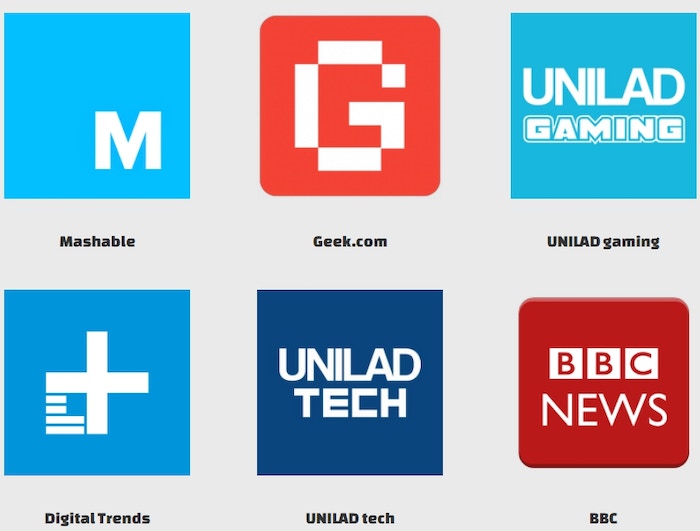 On April 18th, MAKERbuino's Kickstarter campaign ended and CircuitMess became a legal entity (a.k.a. became a real limited liability company). We did not time that, but somehow the process of registering the company ended on the same date as the campaign.

On April 18th, CircuitMess came to be 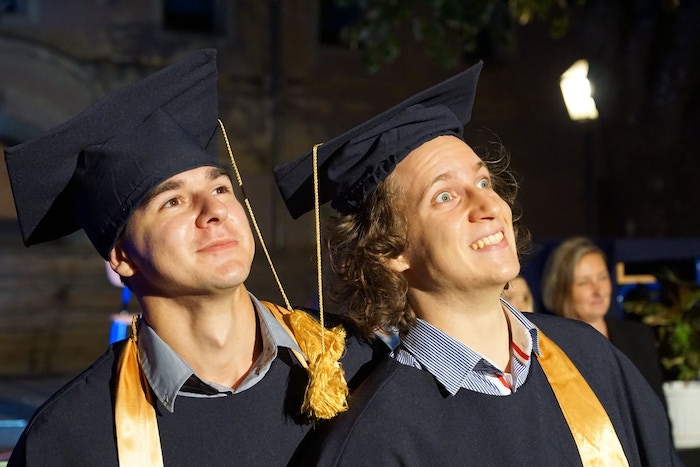 In the Kickstarter campaign, we've sold 10 times more MAKERbuinos than what we were aiming for.

This is what our workshop looked like after we've ordered 200kg of electronic components from China: 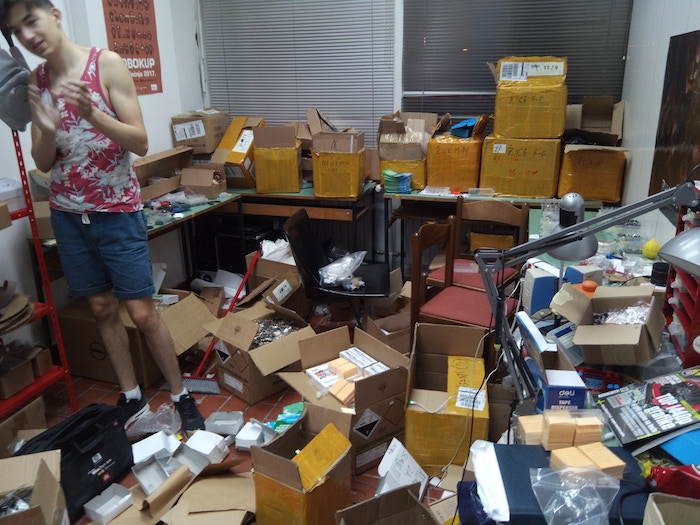 We were unprepared, inexperienced, and stressed out. But in the end, we did manage to ship 95% of Kickstarter rewards by the end of July.

Idea knockout is one of the biggest startup competitions in Croatia where we were awarded a trip to Las Vegas and an exhibiting spot at CES 2018 for two team members. 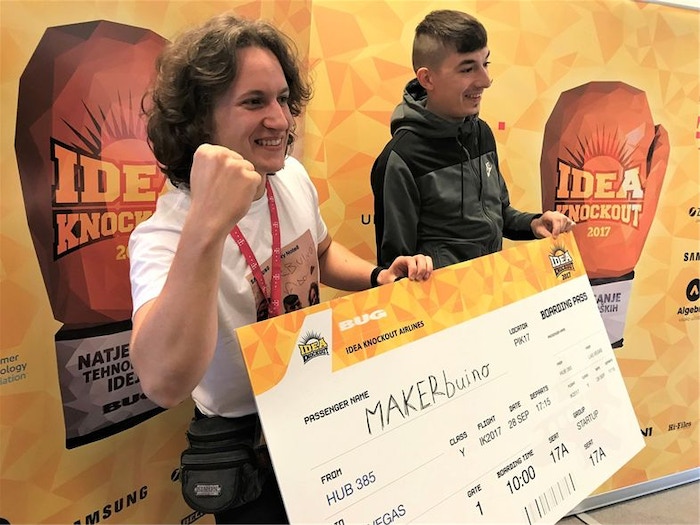 We’ve pitched the idea behind MAKERbuino to a team of judges and business angel investors on one of Croatia’s biggest startup competitions.
We’ve also snatched the first prize – a bicycle and ~USD10k . 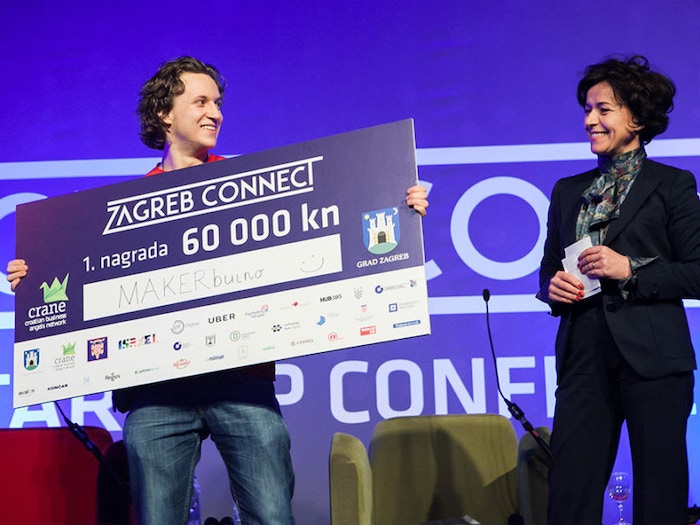 To sum it all up - in 2017, we've managed to successfully launch our first product and sell over 3000 units to over 2500 users.
On my personal side, I've transitioned from a high-school student who builds electronics in his spare time to a full-time CEO of my own electronics company.

2017 was amazing but we're just getting a hang of this and do not plan to stop anytime soon. 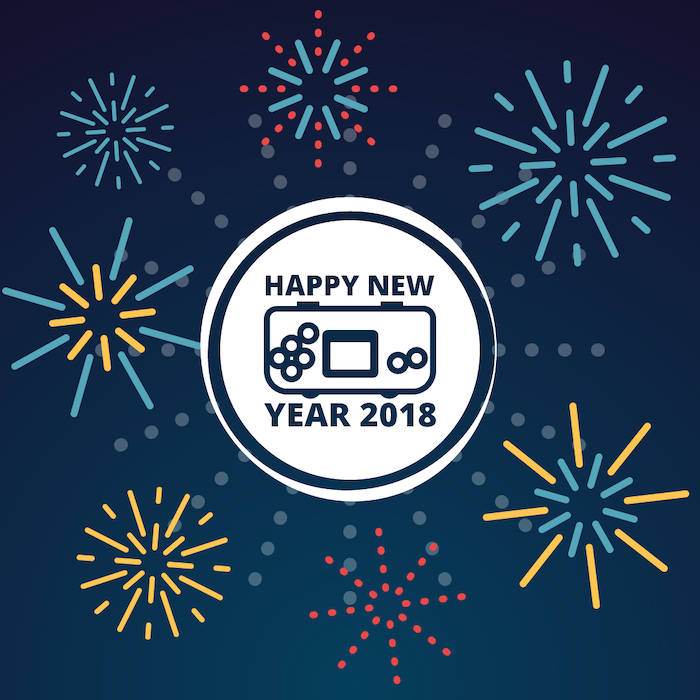 2018 is going to be even better and we're starting strong by exhibiting MAKERbuino at January's CES - the biggest international consumer electronics show in the world. 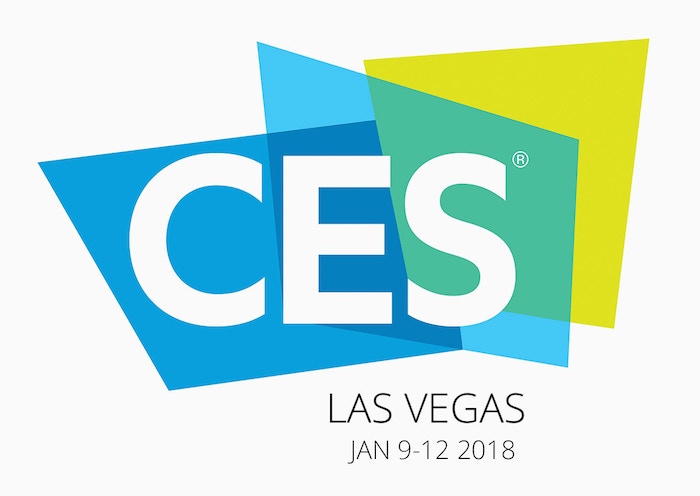 We're also cooking something new, but we're not going to show it to you just yet... Stay tuned and keep making!

xoxo
- Albert and the rest of the MAKERbuino gang