If you've read through the listing, you probably saw that we mentioned that you'll be able to program the Batmobile in CircuitBlocks, Arduino, and Python.


Arduino and Python are pretty well known, but you might not have heard about our very own CircuitBlocks yet. So, allow me to tell you a bit more about it.


CircuitBlocks is a graphical programming interface that helps newbies get into embedded programming.


I always hear people say they are intimidated by coding if they never tried it, so that's why we wanted to make our coding interface really fun and easy for everyone to get started.

It's based on Microsoft’s MakeCode and PXT-Blockly (Google Blockly fork), and it presents the user with a slick Scratch-like interface in which they connect logic blocks to generate code for their CircuitMess device.

We really hate installations! They’re boring, and a lot of our users got discouraged on this step. That’s why CircuitBlocks automatically makes sure all the necessary components and drivers are installed.

There’s no need for drivers, libraries, toolchain setups, or things alike so that you can spend less time setting up and more time hacking! 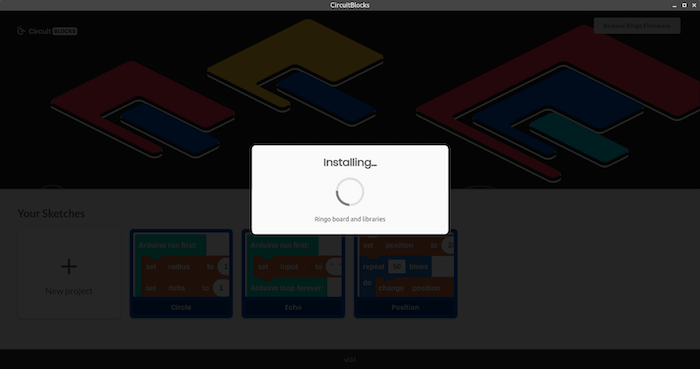 We think that anyone can learn to program so we've made programming in CircuitBlocks is fun and easy!

The puzzle-like blocks represent logical steps your program can take. Create innovative apps for your phone by combining logic blocks with input/output and other specialty blocks.

When the colorful puzzle blocks are placed, the Arduino C code is automatically generated on the right side of the screen. You can instantly see how your code would look in C!

Compiling and uploading sketches is fully automated too!

After you click the “Run” button and your code will automatically compile and upload. 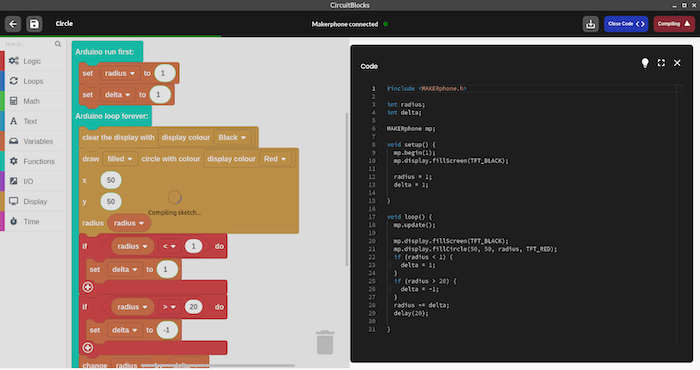 We believe anyone can be a developer. With CircuitBlocks, we want to give our users the ability to hit the ground running and start hacking right away.

For all of you folks who have been following us for years, have you ever coded something in CircuitBlocks for our other devices? What was your experience like?

We’re improving CircuitBlocks every day based on the feedback of our customers and can't wait to see what cool things you'll code for Batmobile in CirucitBlocks!